Dr Sarah Rugheimer is a Glasstone Postdoctoral Research Fellow at the University of Oxford and Hugh Price Fellow at Jesus College. 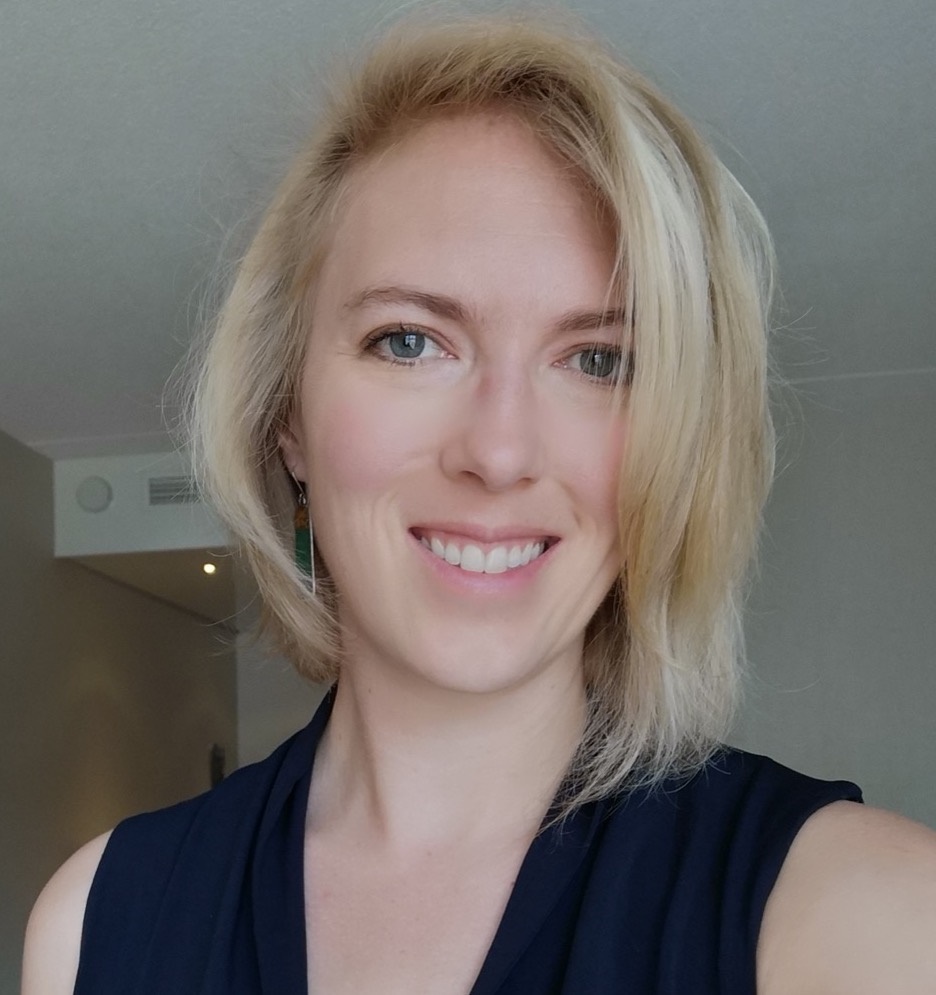 An astronomer and astrobiologist working on how to detect life on an exoplanet, her research focuses on the atmospheric composition of exoplanets and star-planet interaction. Sarah is an advocate for women in STEM, mentoring students and co-hosting a podcast called Self-care with Drs. Sarah aimed at junior scientists navigating academia.

How did you come to be at Jesus College?

I started at Jesus College in October 2018. I am on a three year Glasstone Research Fellowship at Oxford and am also a Hugh Price Fellow at Jesus. I applied to Jesus because a professor I admire greatly is also at Jesus, Raymond Pierrehumbert. I wanted to get a taste of college life since as a postdoctoral fellow at Oxford you don’t get assigned a college, so you have to seek it out. Jesus has recently developed a lot of expertise in climate and exoplanets – I was excited to join and contribute to this research specialty in college.

I study how we can detect life on another planet by looking for signs of microbial life in the atmosphere. These gases, such as oxygen, ozone, methane, and nitrous oxide (also known as laughing gas, which you may have had that at the dentist’s) are gases that are known to be produced by life on earth and they have fewer geological false positives. The research that I do looks at how the high-energy radiation and activity from the host star influences our ability to detect these biosignature gases.

There are two hurdles we will come up against in the next decade in this field. First, there is just the sheer technological hurdle of trying to make this detection. Secondly, and most difficulty, we will need to try to interpret what we observe because we can’t set foot on those planets.

We will have the technological ability to do this for a few habitable planets over the next decade. The James Webb Space Telescope (JWST) is launching in 2021, and will be able to do this for a handful of planets given how much telescope time is required to make this detection for a habitable world. The JWST will be able to do lots of other amazing things as well but it’s a community telescope being used by everyone so there’s just not that many hours available; though I’d love to co-opt the whole $10 billion mission!

There are also some promising ground-based telescopes also coming online in the next few years, particularly the European Extremely Large Telescope (ELT) that is scheduled for first light in 2025. The ELT is a ground-based, near 40-metre telescope which will also be able to possibly make these sorts of observations of Earth-like planets from the ground which is very exciting. Those are the first two glimmers of technological achievement but they’re going to be limited to looking at planets that are close and are in all other ways optimal targets. We’ll have to wait until the 2030s for an even bigger mission that will be able to look for planets in larger numbers. So I think we’ll get a teaser in the next 10 years, but the full suite of statistical understanding won’t come for a few more decades.

Why did you choose this topic?

Growing up, I actually never wanted to be an astronomer. I even thought astronomy was pretty boring when I saw my astronomy friends looking at squiggly lines all day! However, after I did my bachelors degree in physics, I sat in on a talk at the American Astronomical Society about astrobiology and detecting life on other planets. This gripped my interest immediately and in a way that no other scientific topic had ever before. The question of how life emerged on Earth, how you go from molecules to living cells fascinated me.

From that emerged the question: “Are we alone in the Universe?” It’s a question that I think we all ponder at some point when we look up at the expanse of the night sky. But now, for the first time in human history, we can begin to answer it scientifically. The fact that this might happen in my lifetime is really what drew me in. If I thought the answer was a hundred years away then I probably would have gone into medical research physics which was where most of my undergraduate research had been. However, to be a part of answering this most fundamental of human questions drew me in and hasn’t let up since.

What are the key findings of your research so far?

The work I’m interested in primarily relates to Earth-like planet atmospheres, whether that’s Earth in its present form or Earth in earlier history. I model these planetary atmospheres but put them around different types of stars with different types of UV environments to examine what that specific radiation does to the molecules in the atmosphere. UV can destroy some biosignatures, making them harder to see, but it can also produce biosignatures, making them easier to see. It can also make some false positives, meaning that we could be fooled into thinking we’ve found life when we haven’t. This is why it is important to do theoretical work to help contextualize and interpret future observations.

I look at how the star influences our observations. This is hard because the smaller stars in the universe, the red (or M) dwarf stars, make up 75 percent of stars in the galaxy. Our star is actually quite a bit larger than the most typical star. There are of course stars that are much bigger than the Sun too. But only 6 percent of the stars in our universe are around the size of the Sun, and 75 percent of stars are these M dwarf stars, which are much smaller. When you look at the Universe, it seems to prefer making these small stars. This makes you wonder – why aren’t we around a small star? It could be that we’re in the 6 percent and that’s just the way it is. But those small stars also have unusual properties. They have really big flares, and habitable planets are much closer in and tidally locked, which means they have a permanent day and night side. They’re just weird!

What I do focuses a lot on modeling stars of different stellar types, particularly these smaller stars. Their radiation is just very different than our Sun’s light. If you were living on the surface of one of these planets, the light you would see would be shifted to redder wavelengths while also having strong and frequent UV flares in high-energy radiation. Would that hamper the evolution and origin of life? Would life be able to find another way? These are the sorts of questions that I think about.

What will you be focusing on in future research projects?

My current area of research is the one I find most interesting. Right now, I’m looking at prebiotic molecules that might indicate origins of life, and seeing if we could detect those in an atmosphere. I have also been working on a project on the influence of clouds, as well as flaring stars, but each of these topics broadly fit under the umbrella of “how does this influence our ability to detect life on another planet?’

Have there been any personal milestones in your work so far?

I had an article in the New Scientist at the end of August, and I also received the Rosalind Franklin Award Lecture from the British Science Association in September. I was nominated for doing cutting-edge research that is interesting to the general public, but also to the scientific community.

I’m also personally passionate about the issue of women in STEM (Science, Technology, Engineering and Maths). When I was an undergraduate, I assumed that there were no problems facing women in science. I was in a class in Calgary when my English professor went on a self-described ‘feminist-rant’ about feminism and how it helps both genders. I remember saying “But at least we’re paid the same now.” He answered, “Sarah, you will never make as much money as a male professor, have a look at the recent study about the gender pay gap across Canadian Universities at the professor level.” Various studies have come out about women in science and in academic settings earning less money for the same qualifications and level of education. For example, if you change the name from John to Jennifer on an identical resume, Jennifer will be offered a 12 percent lower starting salary than John.

It was that single day in my English class that I realised this is still a modern problem, and then that’s when I started to do more reading about biases facing women and men and women of color in STEM. I have a research page on my website about this topic which get about 500-2000 hits per month. I also do the Self-care with Drs. Sarah podcast where we focus on this issue as well. We do want to believe that we live in a meritocracy but we’re not quite there yet. It’s much better than it was 50-60 years ago, of course, but there are still subtle problems and biases in this area.