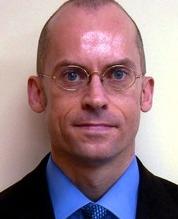 Dr Paul Collins is Jaleh Hearn Curator for Ancient Near East at the Ashmolean Museum, University of Oxford, and a Hugh Price Fellow at Jesus College.

After reading Ancient History at UCL, I worked at the British Museum before returning to UCL to complete a doctorate in the archaeology of Mesopotamia; my thesis being a study of interconnections during the late fourth millennium BC (the so-called ‘Uruk Phenomenon’). I subsequently obtained a PGCE and returned to the British Museum to author text for their website. In 2001 I joined the Metropolitan Museum of Art’s Department of Ancient Near Eastern Art and co-curated a major exhibition ‘Art of the First Cities’. From 2006-11 I worked in the Middle East Department at the British Museum as curator of Mesopotamia (1500-500 BC) and lead curator for a consultancy project to establish a national museum in Abu Dhabi. I came to the Ashmolean Museum in 2011 as curator for Ancient Near East. My most recent book, Mountains and Lowlands: Ancient Iran and Mesopotamia, was published by the Ashmolean in 2016. I currently serve as Chair of the British Institute for Iraq, the UK’s only institution dedicated to advancing research and public education on Iraq in all areas of the arts, humanities and social sciences.

Ancient Near Eastern art and Archaeology with a focus on Mesopotamia and Iran.

Ancient Near Eastern art and Archaeology with a focus on Mesopotamia and Iran.

My research interests focus on the material culture of Mesopotamia, especially visual representations and the transmission and adoption of artistic forms across the Near East. I also write on the history of collecting, and museum displays and their role in our understanding of the past.