About Jesus College/History/
Lawrence of Arabia

Thomas Edward Lawrence (‘Ned’ to his family), later known as Lawrence of Arabia, was born in 1888 in Caernarfonshire, but spent his adolescence in Oxford, where he was educated at Oxford High School. Although he himself was not of Welsh ancestry, Lawrence’s Welsh birth made him eligible for a Welsh Exhibition at Jesus College, which he was awarded in 1907 (in Lawrence’s time, an Exhibition was a type of scholarship). His younger brother Frank came up to Jesus College too, in 1913. However, when Frank was born, the Lawrence family was living in Jersey, and Frank therefore received a Channel Islands Exhibition when he came up. There are almost certainly no other examples of brothers at Jesus receiving such different awards. 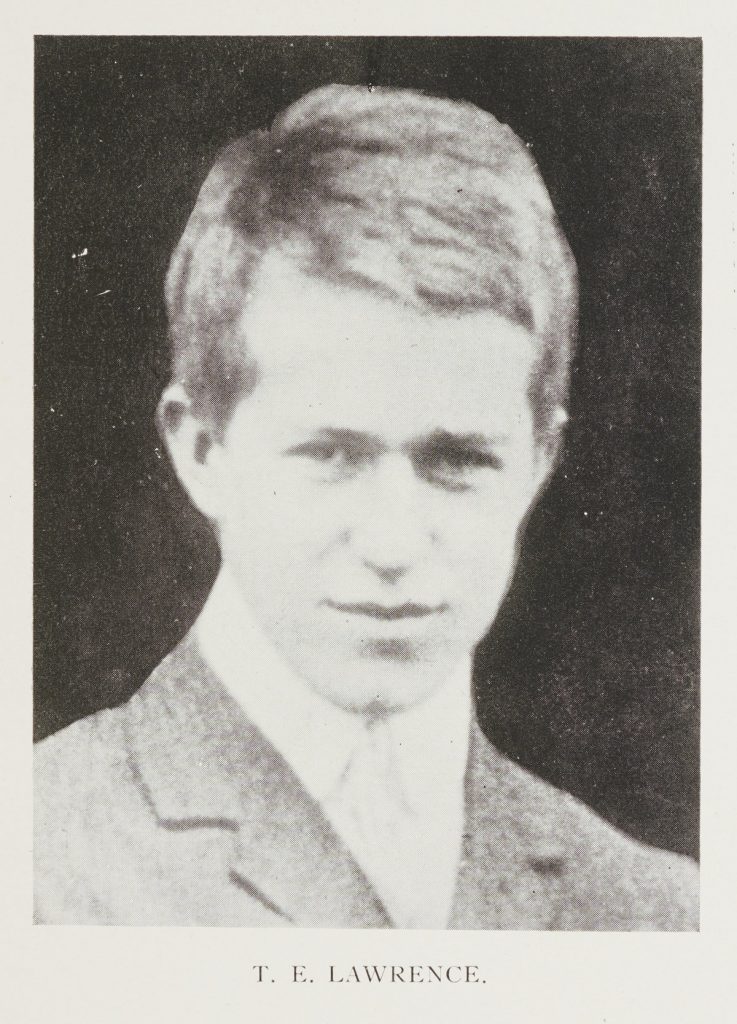 T.E Lawrence as a young man

Lawrence wished to read History. In those days, however, undergraduates could not just study History straight away; instead they first had to spend either two terms reading Law, or five terms reading Classics, and then in each case had to pass formal University examinations –  known as ‘Preliminaries’ in Law, and ‘Honour Moderations’ in Classics – before they could finally start their History studies. Lawrence, no doubt to save himself an extra year in Oxford, chose to study Law before moving on to History. Perhaps also to save money, Lawrence spent much of his undergraduate life living at the family home in Oxford, although at least for a while in 1908 he lived in College, on Staircase V in the First Quad. His bedroom is now a College meeting room, known as The T.E. Lawrence Room (below).

College contemporaries remembered Lawrence as something of an eccentric. No one could dispute his intelligence, but his quirks – like preferring to sit cross-legged on the floor rather than on a chair, or his avoidance of normal mealtimes, as he got by on a few biscuits, some pieces of chocolate, or an apple – did raise eyebrows; as did his refusal to take part in College sports or literary societies. Some students, however, did manage to make friends with him, and remembered his kindness, or their happy memories of cycling in his company around the Oxfordshire countryside to visit village churches.

Lawrence spent the summer of 1908 visiting castles in France, and then in the summer of 1909 – far more daringly – visiting Crusader castles in the Middle East. He used these experiences to write a thesis about Crusader castles to submit as part of his History Finals in 1910. Such a thesis in Lawrence’s time was entirely optional, and it is remarkable how much effort he put into a major piece of work which, as seen from the demands of the History syllabus, was entirely unnecessary. In July 2021, the original version of his highly-regarded dissertation was published digitally in full for the first time, and is available to view here. 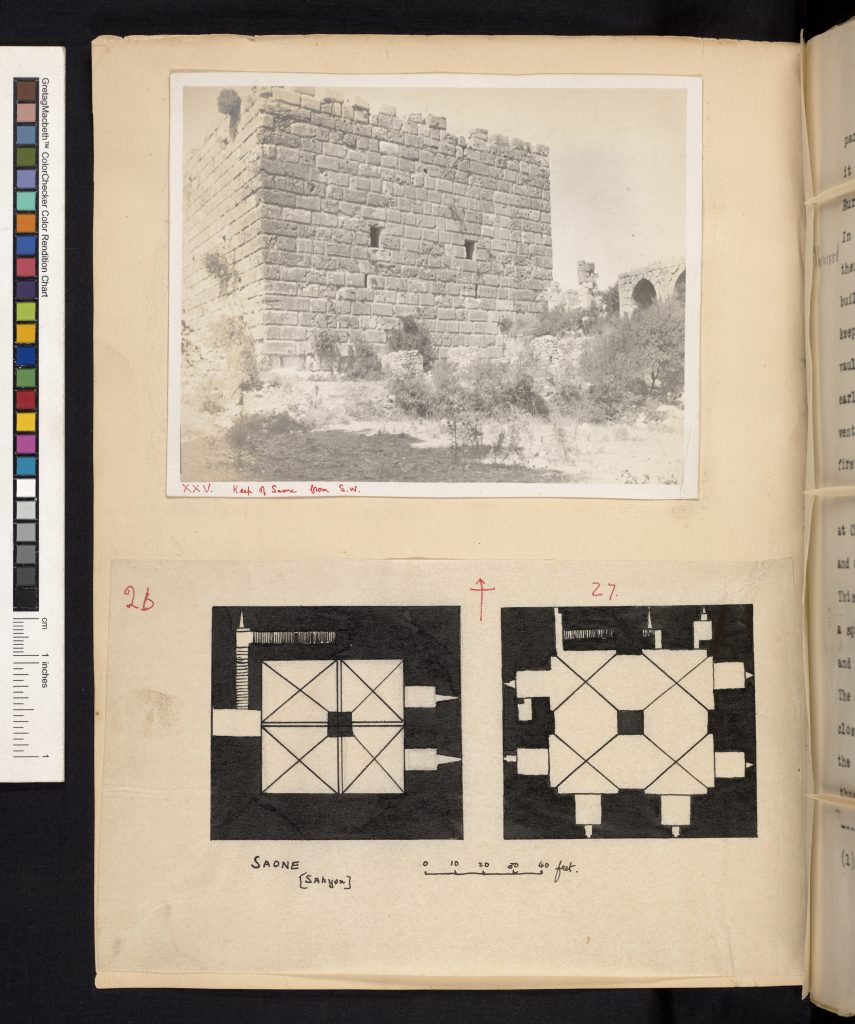 Keep of Saone from southwest – plans of donjons. From the thesis of T.E Lawrence

Not surprisingly, Lawrence got a First. His talents evidently attracted attention, for in 1912, he was elected a Senior Demy at Magdalen College Oxford. Senior Demyships were scholarships for promising students who had just received their BA degrees, to give them financial support while they undertook research and sought an academic post. Lawrence spent his Senior Demyship working as an archaeologist at Carchemish, and a promising career in that field was clearly opening up for him. After the First World War broke out in 1914, however, Lawrence’s life, of course, took a dramatic turn in a different direction – but that is another story.

Click here to see what records relating to T. E. Lawrence are kept in the archives of Jesus College. 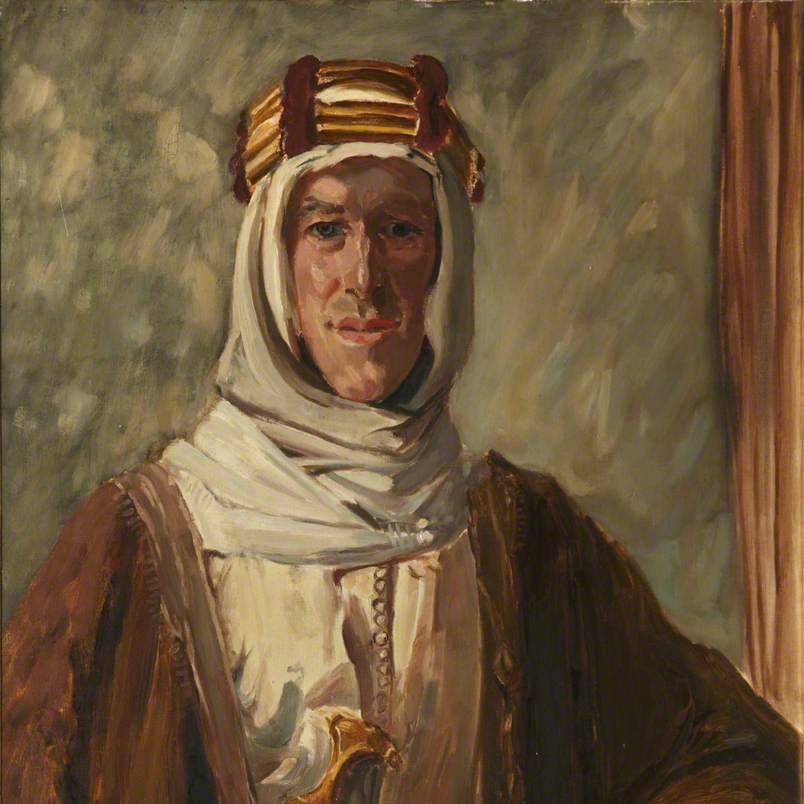