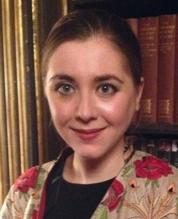 Dr Alexandra Gajda is John Walsh Fellow in History at Jesus College and Associate Professor of History at the University of Oxford.

I was an undergraduate and graduate student at New College, Oxford, where I read for my BA and DPhil in the degree then known as Modern History. In 2006 I was elected to a Junior Research Fellowship at St Anne’s College, Oxford. In 2007 I was appointed Lecturer in Early Modern History at the University of Birmingham, before joining Jesus in 2011. I am a Fellow of the Royal Historical Society.

I teach British and European history between 1500 and 1700. Specialist papers include ‘Literature and History in Early Modern England’, ‘Making England Protestant’ and ‘The Crisis of the Reformation: Political Thought and Religious Ideas in Britain, France and the Netherlands, 1560-1610’.

I supervise a wide range of research projects on the political, religious and intellectual history of the British Isles in the early modern period.

My work focuses on the political, religious and intellectual life of the sixteenth and early seventeenth century. My current research is centred on the relationship between the religious and constitutional history of the Reformation period: I am writing a history of Parliament and the Reformation in sixteenth century England and Wales, and various articles concerning church and state between the Reformation and the English Revolution. I am also interested in the development of political communication in manuscript and print and the emergent ‘news culture’ of the Elizabethan and early Stuart age.

A parallel strand of my research explores early modern historiography, antiquarianism and historical thought, which were often connected to political thinking and the contemporary practice of politics. In particular, I am engaged in a series of studies of William Camden’s Annals of the Reign of Elizabeth I, the first history of Queen Elizabeth I, which continues to shape our narrative of the Queen’s reign to this day. With Henry Woudhuysen, I am also editing the letters of the poet and statesman Fulke Greville for the forthcoming edition of Greville’s Complete Works for OUP. I am a general editor of the MUP series Culture, Politics and Society in Early Modern Britain.