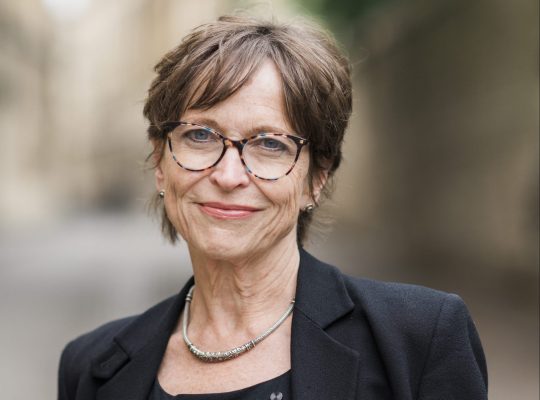 I read Literae Humaniores at St Anne’s College, Oxford, followed by two years as Research Assistant to Professor Keith Hopkins, with whom I collaboratively authored a chapter of his book Death and Renewal (Cambridge, 1983). I then decided to try life outside academia, working first in overseas development and subsequently in a series of leadership roles in UK health charities and public bodies, for which I was appointed OBE in 2003.

I returned to academic life in 2009. My doctoral research, undertaken at Christ Church, Oxford, brought together both strands of my career in a study of the 1st century Greek doctor Rufus of Ephesus’s unique treatise on the importance of questioning patients about all aspects of their life and condition.

I am passionate about making Classics appealing and accessible to all who want to study it, no matter what background they come from, and regardless of any previous experience of ancient Greek and/or Latin. At Jesus I’ve spearheaded the introduction of Active Greek and Latin, whereby we teach grammar and texts by speaking the languages during classes. For beginners, this method noticeably speeds up the process of language acquisition; for those who already know Greek and/or Latin, it offers a route to real fluency; and it’s also, for students and tutors alike, enormously enjoyable. Our Active Greek and Latin at Jesus programme is being supported by a generous donation of £30k over three years from Jesus alumnus John Jagger.

I am Senior Member of the Oxford Ancient Languages Society, and Chair of Oxford Latinitas, both of which offer immersive teaching of Latin and ancient Greek to enable people from all backgrounds to access the ancient languages with ease and fluency.

I teach Greek and Latin languages to all Jesus College undergraduates, and have also taught for the Classics Faculty as part of the inter-collegiate language teaching team. I teach immersive Latin classes both in College and for the Oxford Ancient Languages Society and Oxford Latinitas.

The social history of ancient medicine. Most aspects of health, illness and medical treatment in Greco-Roman antiquity.

I’m married with two adult children, am an incorrigible bibliophile who cherishes the belief that buying books doesn’t count as spending money, and enjoy yoga, skiing (a rare treat), travelling (especially to ancient sites) and pottering about in my garden when the weather is fine.