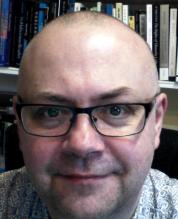 Dr Stuart White is the Nicholas Drake Tutorial Fellow in Politics and Associate Professor of Politics at the University of Oxford.

Stuart White has a BA in Philosophy, Politics and Economics and an MPhil in Politics from Oxford University, and did his PhD in Politics at Princeton University in the USA. He gained a Career Development Research Award for his teaching as Assistant Professor in Politics at MIT, where he worked for three years before joining Jesus College in 2000.

Stuart White’s research focuses on centrally on democracy, citizenship and property rights and the question of what rights to resources we should have as members of a democratic community. A unifying theme is the concern to explore visions of society that are at once anti-capitalist and opposed to authoritarian forms of socialism. He explores this theme in studies that range across political philosophy, public policy and the history of political thought. Major publications include: (ed.) New Labour: The Progressive Future? (2001); The Civic Minimum: On the Rights and Obligations of Economic Citizenship (2003); The Ethics of Stakeholding (2003); The Citizen’s Stake: Exploring the Future of Universal Asset Policies (2006); Equality (2006); How to Defend Inheritance Tax (2008); (co-ed. with Daniel Leighton) Building a Citizens’ Society: The Emerging Politics of Republican Democracy (2008); and a free to download e-book (co-ed. with Niki Seth-Smith) Democratic Wealth (2014). Stuart’s most recent article is ‘Parliaments, Constitutional Conventions, and Popular Sovereignty’ in the British Journal of Politics and International Relations. Stuart blogs occasionally at OxPol and at openDemocracy.