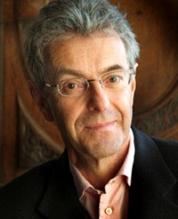 Between 2005 and 2015 I was the Principal of Jesus College, Oxford University. From 1988 to 2005 I held a Royal Society Research Professorship in the Edward Grey Institute. I served as the first Chairman of the UK Food Standards Agency from 2000-2005 and as Chief Executive of the Natural Environment Research Council from 1994-1999.

I completed my undergraduate degree in Zoology (1966) and my DPhil (1970) at Pembroke College Oxford.

My academic research is in ecology and behaviour, and I have published more than 300 research papers, reviews, articles and books. My most recent books are “An introduction to behavioural ecology” (4th edition), coauthored with Nick Davies and Stu West (J Wiley 2012) and “Food: a Very Short Introduction” (Oxford University Press 2013).