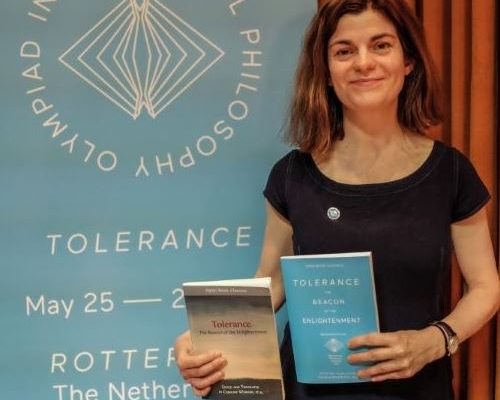 Zeitlyn Fellow and Tutor in French

Professor Caroline Warman is Zeitlyn Fellow and Tutor in French at Jesus College and Professor of French Literature and Thought at the University of Oxford.

I studied French and Italian at Trinity College, Cambridge, and did my doctorate at Queen Mary University of London under the supervision of Professor Marian Hobson on Sade and eighteenth-century French materialism (1998). I was a Post-Doctoral Research Assistant (1998-2001) on a Leverhulme-funded project on the cultural histories of cholera, consumption and nostalgia based at De Montfort University, and subsequently taught at the University of Nottingham and Exeter College Oxford. I joined Jesus College as the Zeitlyn Fellow in 2005. I was President of the British Society for Eighteenth-Century Studies 2018-2021.

Diderot, the Encyclopédie, clandestine and libertine writing, Sade, the history of materialism in the eighteenth and nineteenth centuries, the history of medicine, Women’s Writing, especially Isabelle de Charrière.

I have just completed a book on Diderot and his theories about mind and matter which you can read here. It is accompanied by a digital edition of a biographical work by his disciple, Jacques-André Naigeon, which you can explore here. I am planning to translate Diderot’s Eléments de physiologie as the third part of this project – if anyone wants to help me, please get in touch!

I have been involved in a lot of co-translation projects: of Diderot’s La Religieuse (with Finn Fordham and Phoebe von Held), adapted for the stage and performed at the Citizen’s Theatre, Glasgow, 2003, of Diderot’s Rêve de d’Alembert (again with Phoebe von Held). Kate Tunstall and I edited and translated a selection of Marian Hobson’s most important essays, Diderot and Rousseau: Networks of Enlightenment (SVEC, 2011, published in Chinese, East China Normal University Press, 2014). Kate Tunstall and I also translated Diderot’s Rameau’s Nephew for Marian Hobson’s new edition (Open Book Publishers, 2014; 2nd edition 2016), which can be read for free online here. Finally brave enough to work alone, I translated Isabelle de Charrière’s short fictions, The Nobleman and Other Romances (Penguin Classics, 2012). In reaction against that solitary experience, I then worked with 102 Oxford students and tutors to translate Tolerance: The Beacon of the Enlightenment (Open Book Publishers, 2016) which can be read for free here. This project was awarded a Teaching Excellence Award from the Humanities Division.

I have contributed to Melvyn Bragg’s Radio 4 In Our Time programmes on ‘The Encyclopédie’, ‘Materialism’, ‘Candide’, and ‘Rousseau on Education’, and with Kate Tunstall, co-wrote and co-presented four short programmes on Diderot as part of The Essay: Enlightenment Voices, BBC Radio 3, producer Beaty Rubens.