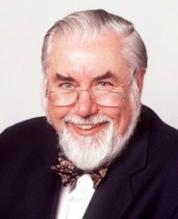 Professor Colin Webb MBE is an Emeritus Fellow and former Tutor in Physics at Jesus College.

Colin Webb was born in Erith, Kent, England in 1937. He received the degree of BSc (Physics) at the University of Nottingham in 1960. On completing his DPhil at Oxford in 1964 he became a member of technical staff of Bell Laboratories in New Jersey USA where he was responsible for much of the early development of the argon ion laser. He returned to Oxford University in 1968 to take up a Research Fellowship and to head the Laser group at the Clarendon Laboratory. In 1970 he became a University Lecturer and in 1971 he was elected as a Tutorial Fellow of Jesus College.

Professor Webb has supervised more than 35 DPhil students in research projects which have led, for example, to the discovery of numerous new laser transitions in the visible and ultraviolet regions as well as the development of practical excimer and high power metal vapour lasers. In particular the group has made contributions to: the introduction of new optical diagnostic techniques, the first application of flowing afterglow techniques to the study of the formation of excited species in thermal energy charge-transfer reactions, the discovery of some 30 new laser transitions excited by such charge-transfer reactions, the development of a new type of discharge device for metal-ion lasers, the demonstration of the first practical device for discharge-excitation of rare-gas-halide (RHG) excimer lasers, the introduction of the “automatic pre-ionization” technique for discharge-excited excimer lasers, the development of practical VUV lasers, the introduction of cryogenic gas purification techniques for extending the working lifetime of the gas mixtures of excimer and VUV lasers, the development of practical high power metal vapour lasers for scientific, industrial and medical applications, as well as contributions, both theoretical and experimental, to the understanding of instabilities in high pressure glow discharges, in particular the concept of the “halogen donor depletion” instability mechanism and the development of new tunable, ultra violet and visible high repetition rate, pulsed, solid state laser systems pumped by copper vapour lasers.

In 1977, together with colleagues and former students, he set up Oxford Lasers Ltd, and has served as Chairman of the Company from its beginning until 2014. The Company is today recognized as a world leader in High-Speed Imaging and Laser Micro-machining technology.

Until his retirement in 2002, Colin Webb was the ad hominem Professor of Laser Physics at the University of Oxford, and from 1995-1999 he was Head of Atomic and Laser Physics. For many years he held visiting Professorships at Cranfield and Salford Universities. He was awarded the degree of DSc by Salford University in 1996. He is a Fellow of the Institute of Physics and of the Optical Society of America serving as Director-at-Large from 1991-1994. From 1992 until 2010 he was a member of the Optoelectronics Advisory Committee of the Rank Prize Funds. In 1991 he was elected as a Fellow of the Royal Society of London, and in 1997 he founded and was the first President of the UK Consortium for Photonics and Optics (UKCPO), a post which he held until 2002. In January 2000 he was awarded an MBE for services to the UK Laser Industry.

Colin Webb is the editor-in-chief of a three-volume encyclopedia entitled “The Handbook of Laser Technology and Applications” published in 2003 by the Institute of Physics (now distributed by Taylor and Francis). The book includes contributions from more than 140 authors from around the world. Together with Professor Simon Hooker, Colin Webb is co-author of the textbook “Laser Physics” published by Oxford University Press in 2010.