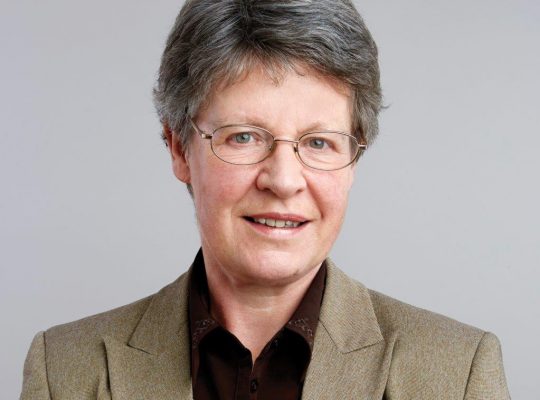 Jocelyn Bell Burnell DBE, FRS is an astrophysicist. She was responsible for the discovery of pulsars while a radio astronomy graduate student in Cambridge and has subsequently worked in gamma ray, X-ray, infrared and millimetre wavelength astronomy. She currently holds a Professorial Fellowship in Mansfield College, University of Oxford, and is a Visiting Academic in the University’s Department of Physics.

She was awarded the Michael Faraday Prize (2010) and a Royal Medal (2015) by the Royal Society and also holds major awards from French, Spanish and USA bodies. A member of 7 Academies worldwide, she was the first female President of the Royal Society of Edinburgh (as well as of the Institute of Physics).

She is currently Chancellor of the University of Dundee and was previously a Pro Vice Chancellor of Trinity College Dublin. She holds numerous Honorary Doctorates.