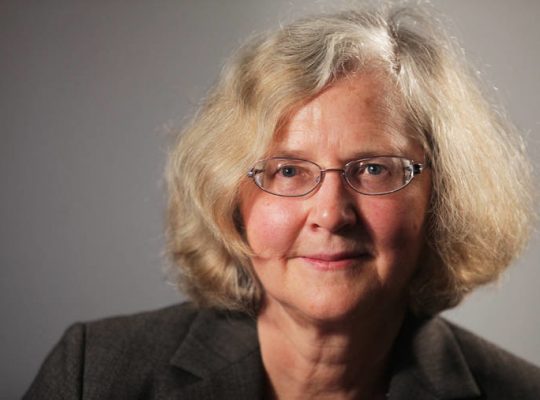 Professor Elizabeth H. Blackburn is a leading researcher in the area of telomere and telomerase research.

Prof Blackburn discovered the molecular nature of telomeres – the ends of eukaryotic chromosomes that serve as protective caps essential for preserving the genetic information – and the ribonucleoprotein enzyme, telomerase. For this work she was awarded the 2009 Nobel Prize in Physiology or Medicine, sharing it with colleagues Carol W. Freider and Jack W. Szostak.

She was elected Foreign Associate of the National Academy of Sciences in 1993, and was elected as a Member of the Institute of Medicine in 2000. She was awarded the Albert Lasker Medical Research Award in Basic Medical Research (2006). In 2007 she was named one of TIME Magazine’s 100 Most influential People and she is the 2008 North American Laureate for L’Oreal-UNESCO For Women in Science.