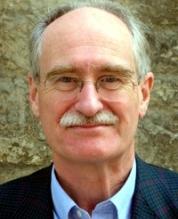 I read Jurisprudence at Oxford between 1963 and 1966 and on graduation worked for Professor Wedderburn at the London School of Economics as a Research Assistant for a year on an international research project dealing with the settlement of workplace grievances. I then followed LLM programmes successively at LSE (1967/8) and Yale Law School (1968/9. I took up my first full-time academic appointment as a lecturer at the University of Warwick in 1969, but returned to Oxford in 1973 as Fellow and Tutor in Law at Balliol College and CUF Lecturer in the Faculty of Law. Later my faculty post became that of a titular Reader in the Law of the Enterprise and then a titular Professor of the same name. In 1998 I returned to LSE as Cassel Professor of Commercial Law, where I remained until 2009, when I took up the professorship of corporate law, from which I retired in 2014.

The development of corporate law systems in Europe (including the role of European Community law), regulation of securities markets, the collective representation of employees, law and economics.

I was a member of the Steering Group of the Company Law Review 1999-2001 (whose work led to the Companies Act 2006). I carried out a review for the Treasury in 2006/7 on liability for misstatements in the securities markets.

I was a Deputy Chair of the Central Arbitration Committee, which deals with claims by employees under various pieces of legislation to deal with their employer on a collective basis, between 2000 and 2014.