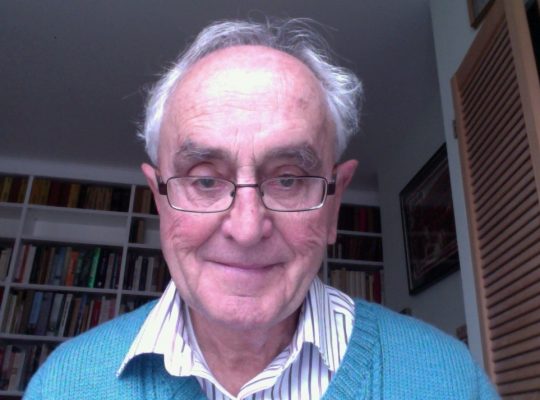 I did my first undergraduate and Hons. MA at the University of Sydney, then a PhD at Cambridge (St John’s College). I taught at Sydney from 1969 to 1986, the University of Western Australia from 1987 to 2011 and Reading University from 2007-2011 (shared with UWA). I have been a Visiting Fellow at St. John’s College and Clare Hall, Cambridge, Balliol and All Souls Colleges in Oxford. I was also a Visiting Professor at Trento University in Italy. My last three books, all published by Yale University Press, have been Whispering city: Rome and its histories (2011), Venice: an Italian history (2014), and Claretta: Mussolini’s last lover (2017). My latest book, Mussolini and the eclipse of Italian Fascism: from dictatorship to populism was published by Yale University Press in March 2021. Under lockdown inevitably I wrote another book, the first for many years without a contract beforehand. Its title is Politics, murder and love in an Italian family: the Amendolas in the age of totalitarianisms. It is due to be published by Cambridge University Press in late October 2022, thereby coinciding with the centenary of Mussolini’s ‘March on Rome’. In 2015 I edited with Joe Maiolo of KCL vol II of the Cambridge University Press History of the Second World War (3 vols).

I play golf (very badly) at North Oxford and go to the theatre whenever I can.  My daughter is a professor of criminology (St. Cross College) and my two granddaughters progress through the school system in Oxford (and live eight houses down the road). I defect to Italy often.

In 2002, I was accorded the Australian Centenary Medal ‘for services to history and the humanities’.

With Colin Haydon and others and under the leadership of Felicity Heal, I was part of the team that produced the new history of Jesus College for its 450th anniversary.