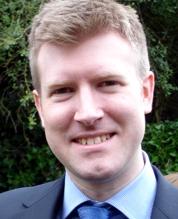 Professor Morris obtained a Masters in Physics degree from the University of Southampton followed by a PhD in Engineering from the University of Cambridge. He remained at Cambridge after his graduate studies and became a Fellow of St Catherine’s College Cambridge in 2007 where he was a Tutor in Physics and Director of Studies for Physics Part I. In 2011 he was awarded a University Research Fellowship by The Royal Society and in 2013 he moved to Oxford to join the Department of Engineering Science and Jesus College as an Associate Professor.

For his research on liquid crystalline materials, he was the recipient of the Young Scientist award by the British Liquid Crystal Society in 2010 and in 2012 he received the Runner-up prize of the Royal Academy of Engineering’s ERA Foundation Entrepreneur’s award in conjunction with two former colleagues at Cambridge (Dr Damian Gardiner and Dr Philip Hands). In 2014 he received the Ben Sturgeon Prize of the Society for Information Displays.

College: The Mathematics and Electrical/Information/Control Engineering papers for Years 1 and 2.

Supervision of MSc(Res) and DPhil students.

Academic Director of the Professional Development Programme run by the Department for Continuing Education.

In the Department of Engineering Science, I run the Soft Matter Photonics Research Group.  We are interested in the development of new optoelectronic devices and nanotechnology based upon ‘soft’ materials such as liquid crystals and polymers. The technology that we study and develop includes display devices, thin-film lasers, photovoltaics, transistors, phase modulators, and smart materials. On these topics, I have co-authored more than 100 papers in peer-reviewed journals, 5 book chapters and filed 10 patents.

I am also the current Chair of the Oxford Photonics Network and an Associate Editor of the Elsevier Journal, Optical Materials.