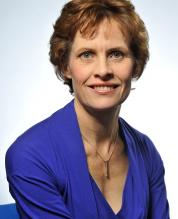 Professor Susan Jebb OBE is Professor of Diet and Population Health at the University of Oxford and a Senior Research Fellow at Jesus College. She is also Chair of the Food Standards Agency.

I completed my undergraduate degree in Nutrition at the University of Surrey (1986) and qualified as a State Registered Dietitian before my PhD at the University of Cambridge (1990).   I remained in Cambridge at the MRC Dunn Nutrition Unit and later became a Programme Leader at MRC Human Nutrition Research. I moved to Oxford in 2013 to take up a new position as Professor of Diet and Population Health in the Nuffield Department of Primary Care Health Sciences. In 2008 I was awarded an OBE for services to public health.

My current research focuses on how what we eat affects the risk of gaining weight or becoming obese and the behavioural interventions that might be effective to help people lose weight or to change their diet to reduce the risk of obesity-related diseases. My research group mostly conduct randomised controlled trials, particularly in primary care, to identify how health professionals can encourage and support people to change their diet and improve their health.

I am also interested in how scientific evidence is interpreted and used in policy and practice. In 2005-7 I was a science advisor for the influential Foresight report on obesity, led by the Government Chief Scientist. I Chaired the cross-government Expert Advisory Group on obesity (2007-2011) and the Public Health Responsibility Deal Food Network (2010-2015), negotiating agreements with the food industry to improve public health. I led the work to develop the standards for school food and chaired the working group on hospital food for staff and visitors. I currently Chair of one of the NICE Public Health Advisory Committees and I am a member of the Public Health England Obesity Review Group.

I am actively involved in a number of events and media projects to engage the public in issues relating to diet and health, including several BBC programmes such as ‘What’s the Right Diet for You?” broadcast in January 2015 and the C4 documentary ‘Sugar Rush’ in September 2015.  We run a participant panel comprising members of the public who help to shape our research studies.

I am married, with one son and, when not working in Oxford, I live in Shropshire.