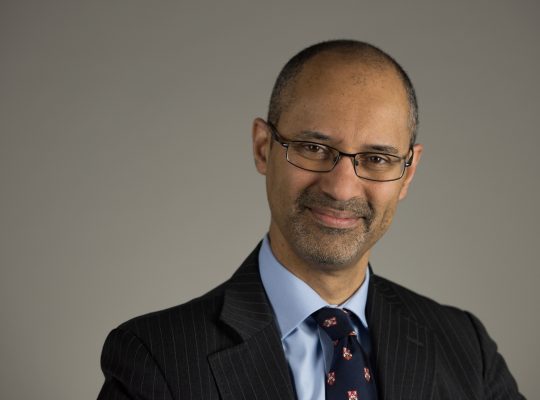 Thomas Ilube CBE FRSA FBCS is a technology entrepreneur and educational philanthropist. He is currently Chair of the Rugby Football Union (RFU) and CEO of cyber security firm Crossword Cybersecurity plc and has previously founded several start up technology businesses. His thirty-year career in the UK technology sector includes roles at PricewaterhouseCoopers, Goldman Sachs and the London Stock Exchange.

Tom was educated in London and Nigeria and received his BSc in Applied Physics from the University of Benin, followed by an MBA (Finance) in Business Administration from London’s Cass Business School. He is founder and Chair of the African Gifted Foundation, a UK education charity focused on science and technology in Africa, which recently launched the African Science Academy – the continent’s first all-girls science and maths school. He also founded the Hammersmith Academy, a state secondary school in west London, which has become one of the UK’s most innovative technology schools, and was Chair of Ada, The National College for Digital Skills.

In 2017, Tom was ranked first in the Powerlist, an annual listing of the UK’s 100 most powerful people with African or Afro-Caribbean heritage. He is an Advisory Fellow of St Anne’s College, University of Oxford and a non-executive board member of the BBC.

Tom became an Honorary Fellow of Jesus College in 2020.