Yang Pei is a third-year DPhil student in Medical Sciences, and recently won the Individual Men’s Recurve competition in the British Universities and College Sports (BUCS) Archery Championships. He tells us about the sport, his road to success and how College grants have helped him along the way. 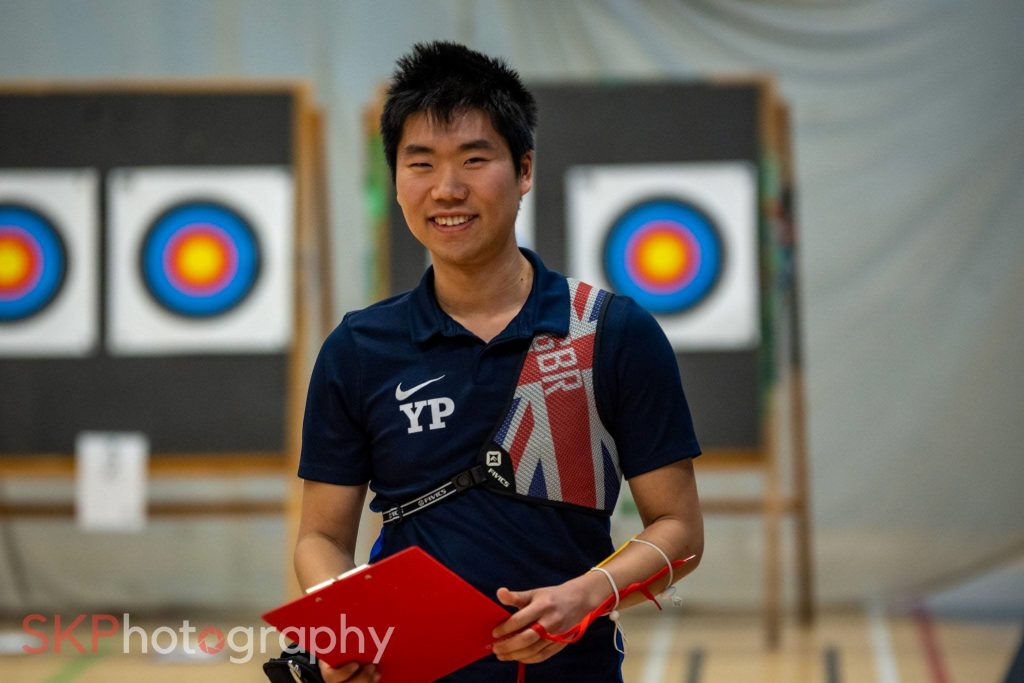 I joined Jesus College in 2019 and am currently in my third year, with one more year planned ahead. I started archery as a complete beginner in 2018 while studying for my Master’s at Cambridge. I had initially been a climber, but a severe back injury and surgery forced me stop. When I started my MPhil I decided to try something else, and archery was something I had to try. I was not actually very good at the beginning, and didn’t even made it to the novice squad. But during the spring/summer season of 2018, I really improved, and won several novice medals regionally and nationally. I also pocketed a Cambridge Half Blue, despite being a novice.

After I graduated from Cambridge, I moved to Oxford to start my DPhil and was able to compete for the first time as an experienced archer for the University team. However, our first two years were impacted by the pandemic and most competitions were cancelled. Nevertheless, being an outdoor and mostly individual sport, we were allowed to train during some of the lockdowns. During Hilary term 2021, competitions slowly returned, including Varsity and BUCS. There were four archers at Jesus College, and they made up half of the Varsity team! As I was the highest-scoring archer in Varsity and 5th in BUCS 2021, I fulfilled the requirement to obtain a discretionary Full Blue. 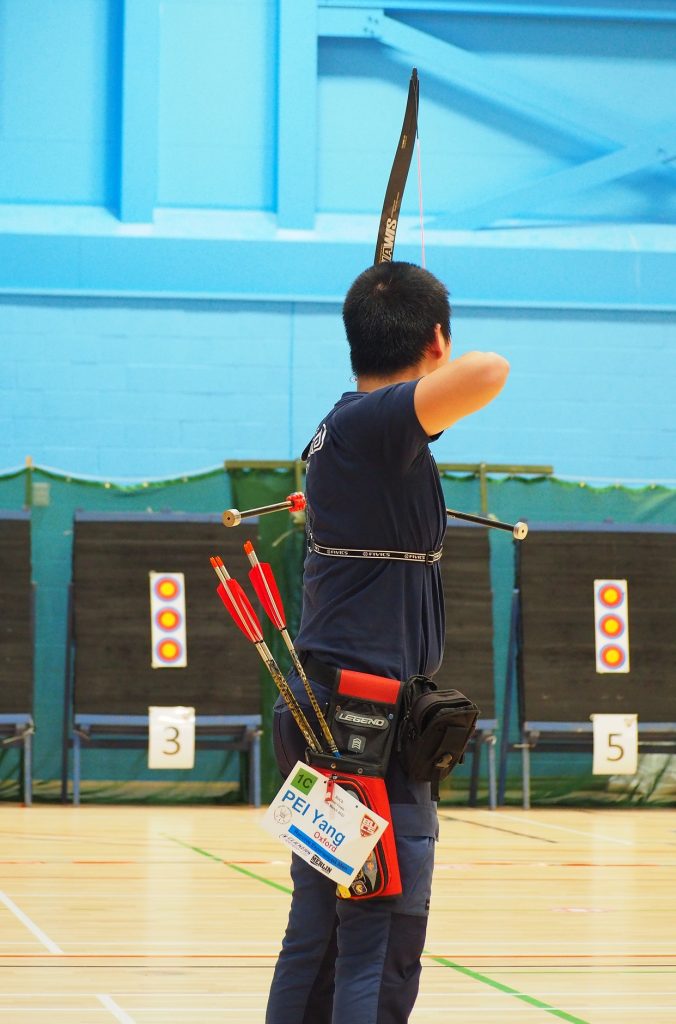 For Michaelmas and Hilary terms 2022, I led the Oxford team to win the regional league for first time since 2003, ending Warwick University’s winning streak. And to cap off this indoor season, I won gold at BUCS where I beat an Olympian from the Warwick team on the way! Many thanks to the clubs that took me in (Cambridge University Bowmen & Oxford University Company of Archers), the coaches who taught me how to shoot (Oxford Archery Academy), and the teammates who made the journey incredibly enjoyable!

In my experience, archery is about self-improvement, self-control, and perseverance. It is as much of a physical sport as a mental sport. It taught me how to control my emotions and nerves under stress, where sometimes a shaky hand is the difference between winning and losing.  I also find archery highly therapeutic, especially during the outdoor season where we train in a beautiful field in North Hinksey, and the Lincoln College sports ground. There is also an indescribable satisfaction when you hear that ‘thud’ from an arrow hitting the target, something one must experience oneself to fully comprehend. And most importantly, archery is such a beginner-friendly sport. You can start at university, with no previous experience, and ten years later find yourself representing your country at the Olympics, as archer Tom Hall (below) did for GB in Tokyo 2021. He didn’t start archery until his second year at Warwick University.

Jesus College has played a big part in my success as a student athlete. A big portion of my equipment is funded by the last two years of the College sports grant (Amalgamated Clubs Claim) as well as from my scholarship as a Jesus College Graduate Scholar. These grants make a big difference, especially as the pricey archery equipment needs to be maintained constantly to ensure top performance. For example, a dozen of my competition arrows cost £400! So I want to say a big thanks to the college for making these grants possible.