The Jesus College Boat Club (JCBC) enjoyed a fantastic week of racing in the first Summer Eights since 2019. With five crews qualifying, it was an action-packed week, with moments of nail-biting drama and success to celebrate. Club Co-President James Perkins reports.

For our lower boats, Eights was a great experience of bumps racing, with glimpses of real potential for the future. The 2nd Men’s Eight bounced back from a challenging (read spoons!) Torpids draw to hold their own in Division Four. Trinity II were bumped on Day One, before bumping Jesus II back on Day Three. Day Four saw a thrilling three-boat chase between Trinity II, Jesus II, and Wolfson II, with less than a canvas between the boats. In the end, Wolfson II managed to make contact before Trinity II could quite be caught, but there can be plenty of pride in the 2nd Eight’s hard-fought week. Similarly, the 2nd Women’s Eight can take plenty from their performance. For many of the crew, it was the first time they had qualified and competed in bumps racing. Saturday provided especially exhilarated viewing – Jesus II holding off Keble II at barely half a length all the way down Boathouse Island, to finish the week with a well-earnt Row Over. 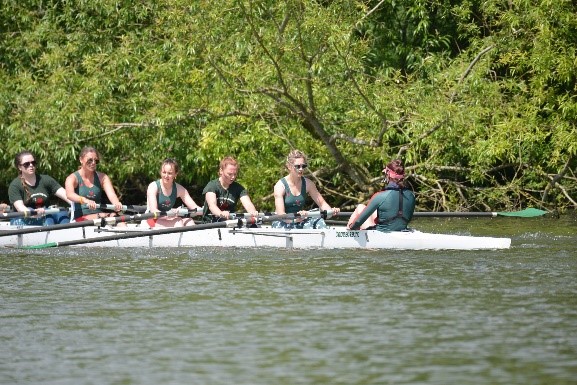 The 1st Women’s Eight continued their run of recent success. Starting at the top of Division Two, they soon bumped Balliol to enter Division One, and cemented this position by bumping Hertford on Day Four. The Women’s Eight now sits in Division One in both Torpids and Summer Eights. For the 1st Men’s Eight, the week was almost more one of endurance than sprint speed; having bumped Lady Margaret Hall on Day One, they became stuck in the sandwich boat position between the divisions, Magdalen only very narrowly escaping on Day One. 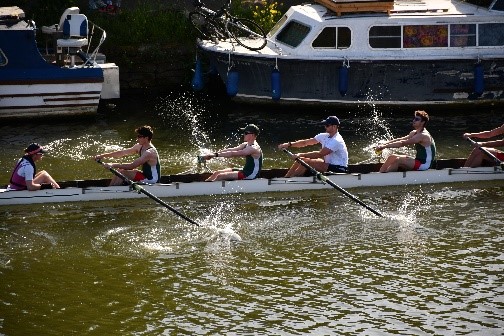 The Men’s 1st boat was bolstered by the addition of David Ambler, part of the winning Boat Race 2022 crew, seen here at 6-seat.

Thereafter, the week entered a familiar pattern: a comfortable and controlled row over at the head of Division Two, before the crews immediately ahead of Jesus at the bottom of Division One quickly bumped out, leaving an expanse of clear water that could never quite be made up. Nevertheless, a statement was certainly made as Jesus maintained speed and clean rowing throughout the week. After rowing double the races of a typical bumps campaign, the crew will be eager to break firmly into Division One next season.

Perhaps the highlight of the week was the chance to welcome back alumni and friends to support our crews at the boathouse. There was a special atmosphere all week, and the addition of the bar and BBQ for Saturday’s racing only added to the spirit. The roar of support up Boathouse Island spurred all our crews on greatly. Even more exciting was the return of the Viking Eight. We were thrilled to have several alumni back in the boat who, together with novices, finalists, and even our senior member, Ruedi Baumann (Director of Accommodation, Conferences and Catering), cruised to winning blades in Division Seven. The crew embodied the JCBC spirit, all giving 100% and having a great deal of fun, whether in pursuit of their first bump, or to add to more than twenty in the Freddie Page as one bowsider could claim! 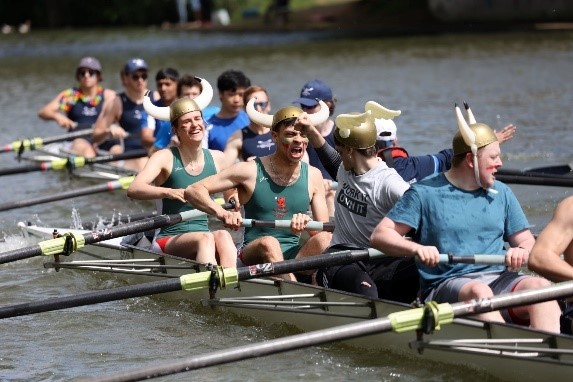 Elation as the Vikings bump St Hilda’s II to secure their blades.

With thanks to members of JCBC for photography.